This week is NOT going as planned. I intended to take things just one day at a time this week. I was trying to get into a routine I would be able to maintain for the upcoming weeks in which my children start school again (online on Monday) and I am back to teaching (hybrid….whatever that will still look like). However, it’s all falling apart…. END_OF_DOCUMENT_TOKEN_TO_BE_REPLACED

I just want us all to take a moment and slow down. You don’t have to rush into anything today. Things will not be that drastically different tomorrow or in 5 minutes from now. Let’s just all take a quick moment to breathe, slow down, and refocus.

I have a lot on my mind these days. Today I started back to work (course prep online) and things aren’t going my way. Life is throwing a lot at me at the moment. I haven’t been exercising as I was earlier this summer. I am trying to figure out how to do it all. I am worried and stressed and feeling the same things that everyone else is feeling.

I decided to take this week one day at a time. I haven’t filled out my calendar in full this week or any of the weeks coming up. I am planning. I am going slow. I am considering all parts of my health and wellness. Today, my only goals left are to go for a run, do a meditation, attend a training, and get done at least 1 more hour of work. It’s only 1230pm, but I don’t want to over do it on the first day and then be burnt out.

I have already done yoga, taken the kids for a walk, done 2 hours of work, and delivered stuff to the school. The day doesn’t have to be packed full today. I need to make space to breathe. You do too.

How are you making space in your life to slow down?

We finished a few books at our house since my last Fave Reads Friday post. 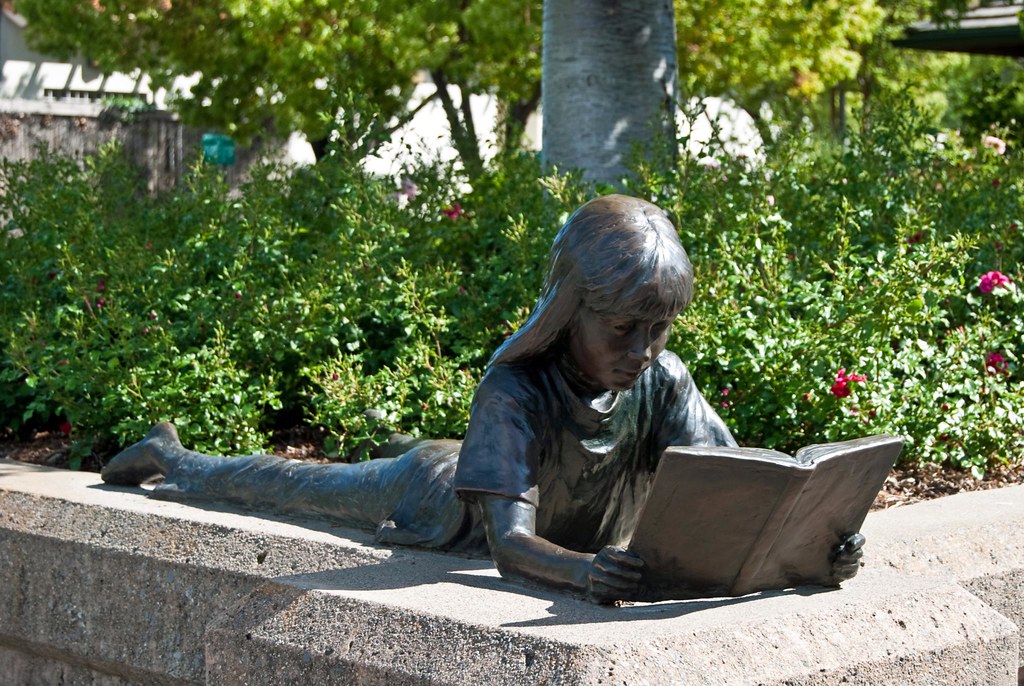 MY “OWN” BOOK CLUB

Other than the few personal stories and times that my hometown library system was mentioned in the book, there were also several books listed that I had never heard of or read myself. I had intended to make this big list of these books and add them all to my library “to read” list, but I never wrote them all down before I returned the book. There also wasn’t a list in the back of the book, so I decided to just go an easier route for me.

In the book, one of the stories is about Oprah. Many years ago, in a whole different part of my life, I had read Cane River because my mom had bought it as part of the Oprah Book Club. I borrowed the book from my mom and I still have it, but only vaguely remember the story.

Did you know that Oprah now has over 85 books on her Book Club list?!

So, I instead decided to add all of the books I could get at my local library to my list and to start reading whatever was available. I really want to broaden my horizons and choose some different books and read some classics and some new things too. My list is now over 100 books again (including some titles I want to read to my kids). In looking for these books I found other books I wanted to read, so the list kept growing.

The first book I checked out from my new list is Back Roads by Tawni O’Dell. I am not sure if this was from Oprah’s Book Club or one I found on my own. I haven’t even had a chance to crack it open this week.

We are also on to Harry Potter and the Chamber of Secrets which we started a couple of years ago and the kids didn’t feel good about the spider, so we stopped. I have read some of the HP books before, but it’s more fun to read them to the kids and I can’t wait to watch the movies again too!

The youngest is reading (reluctantly) Tiger Boy by Mitali Perkins. And the oldest was working his way through Echo by Pam Munoz Ryan, but the library made us give back our copy because someone else had put it on hold. I still want to read that one myself (when he’s done with it), so we’re waiting for another copy to come in.

That’s probably one of the things I miss the most during all of this….going to the library and browsing the books. I am grateful for pick-up service and for the digital library access as well. It truly is a part of our lives that is missing right now!

What book are you waiting to read?

And now I don’t know what happens next. My left knee is also giving me a bit of trouble, but not subluxing as bad as the right. I just taped it up today and already it feels so much better. I am hoping to figure this out quickly, but it’s really impeding a few of my activities.

Anyone else ever dealt with a migrating patella?

Last week we had to decide if we were sending our kids back to school for the first 9 weeks or keeping them home. It was a big decision and took a lot of time to make. I had to reach deep into my heart and separate panic from reason. We discussed it in length, the pros and the cons of both options. Then, we laid out the facts to the boys. They’re 9 and 7 and have a good understanding of what’s going on. We told them their choices were to:

We explained that Option 1 included wearing a mask all day at school, keeping 6 feet apart from teachers and other students, that only one kid could do a “work” at a time (Montessori lingo), washing hands and cleaning items would happen regularly, there would be lots of hand sanitizing, and I wasn’t sure that “Specials” would be happening. They also would not know who would be in their class that day as only 1/3 of the class could be there at a time and we don’t know who was opting into what. Then, they would be home doing online work the other two weeks and then go back to repeat the cycle.

We told them that the pluses to this would be that they could do hands on Montessori works again, they’d get to see their teachers and some of their friends, and they’d get out of the house.

We explained that Option 2 would be like it was in the spring. They would have the same schedule they’d had then, but they’d not go to the school at all. We also explained that with the fully online we could continue to have socially distant play dates at the beach with other families that chose that same option.

This is something we’ve been doing for a few weeks early in the morning before crowds arrive at the beach. We go for 2 hours and let the kids run in and out of the water and we stay a good distance from our friends. I have felt “okay” about doing this because we’re not in anyone else’s house and we’ve all been doing the same amount of social distancing this entire time. We all have the same values and the same fears. We’re all following the guidelines set by our Governor and we’re not being cavalier.

Not surprisingly to me, the boys chose Option 2. My kids miss being in school and they miss their friends and Montessori learning. However, they know the importance of fighting the good fight. They also hate wearing masks and didn’t feel they could do it for 7 hours a day, 5 days in a row. They also liked the idea of consistency. They don’t have to figure out if they’re going to school or staying home. It’s going to be a (now) familiar routine.

We will not home school our kids forever; it’s not what they or we want. I want them to get back to their school, when it’s safer to do so, when the numbers in our state are not climbing. Until then, they’re doing their part to help flatten the curve by staying home.

Now…..I have to figure out what to do about my work as a college lecturer.

How are you feeling about school?

What big decisions are you making during this pandemic?

I got this in my email last week:

Over the past 8 years I haven’t logged every workout I’ve ever done, but I surely logged a lot of them. I now regularly log pretty much every single workout I do accomplish. It made me think a little about my Fit by Forty plan.

END_OF_DOCUMENT_TOKEN_TO_BE_REPLACED

Stories of trail running, cycling, beer and wine tasting in Monterey County and beyond.

Yoga With Adriene
The Busy Budgeter

A balanced life for busy people!

A collaborative, open online space maintained by the graduate students of the Physical Cultural Studies research group at the University of Maryland, College Park. Dedicated to critical discussions of physical culture in all its sociocultural, historical, and everyday material forms. Public ideas/writings welcomed and encouraged.

In Search of My Running Tribe
marathoner dale

Ramblings of a girl who runs a lot of miles and drinks a lot of coffee.